Learn about the history of our school

Learn about the construction of our school. 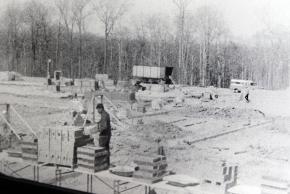 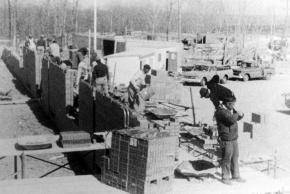 The construction contract for Cardinal Forest was awarded to general contractor Burroughs and Preston, Inc., in December 1965. 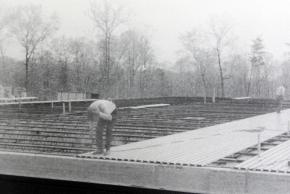 Cardinal Forest was designed by the architecture firm of Pickett and Siess, and was built at a cost of $502,625. 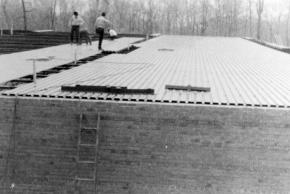 Construction wasn’t complete in time for the opening of schools in September 1966, so Cardinal Forest students began the school year at Olde Creek Elementary School. 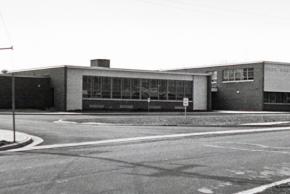 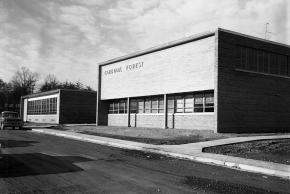 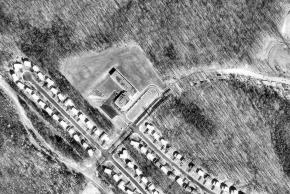 Aerial view of Cardinal Forest in 1968. Much of the surrounding area remained undeveloped. 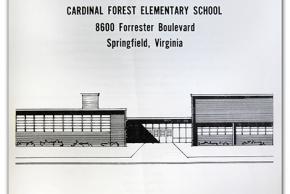 Cardinal Forest was officially dedicated on January 9, 1968. This is the cover of the program handed out at the dedication ceremony.

Our first teachers were Ann McKay, Elaine Wilson, Pauline Jensen, Nancy Lukehart, Clara Rathke, Janie Crompton, and Sue DeLong. Willa Palm was the educational secretary and Merlyn Sprague was a part-time secretary. After our building opened in January 1967, new students continued to enroll in school every week. This necessitated the hiring of another teacher, Jean Yardumian, who joined the staff in February. The head custodian was Mr. K. K. Bevins, and Anna V. Weber was our first librarian. Anna Weber remained at Cardinal Forest until 1983. After she retired, the Fairfax County School Board formally named our library in her honor.

In 1968, school lunches, including milk, cost 35 cents!  Milk could be purchased separately for three cents, and ice cream could be purchased for 12 cents.  Soft drinks could not be brought to school by order of the School Board, and students also had to follow a very specific dress code.

A Decade of Growth

The first addition to Cardinal Forest began construction in the fall of 1969 and was completed one year later at a cost of $529,000. A gymnasium, rooms for music and science, and a new classroom wing with a resource area pod were constructed on the northeast side of the building. The addition increased the pupil-capacity of Cardinal Forest by 240 students. This was well-timed because from 1968 to 1976, the number of students enrolled at Cardinal Forest grew from 575 to 845, making Cardinal Forest one of the largest elementary schools in Fairfax County at that time.

A Decade of Change

The 1980s ushered in several changes at Cardinal Forest Elementary School. Our student enrollment peaked at 862 pupils in 1983. The following year, enrollment plunged to 590 students due to a boundary change by the School Board. 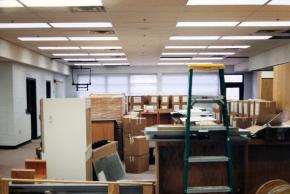 Cardinal Forest’s library was originally located on the second floor of our building in what is now rooms 200 and 201. After that, the library was located in the pod area. Finally, some of the outdoor courtyard was taken away in 1999 to build our present library. 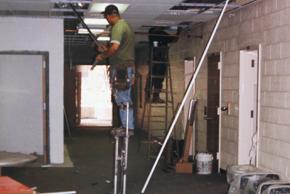 View of the pod area during renovation. The renovation was contracted to the Leapley Company and was completed at a cost of $4.3 million. 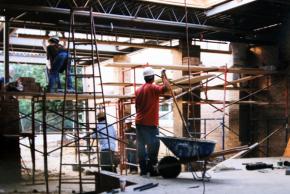 Did you know that the original front door to our building was closer to the cafeteria? A new entrance was constructed during the renovation. 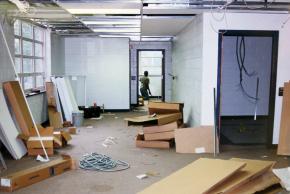 A new main office was constructed during the renovation. 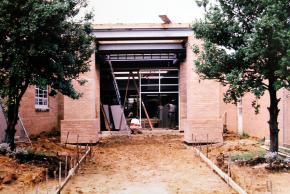 Exterior view of our new main entrance in 2000. 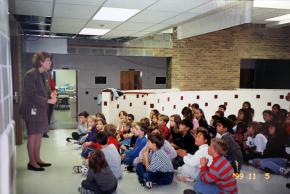 Principal Susan Benezra (1998-2001) speaks with students during the renovation. 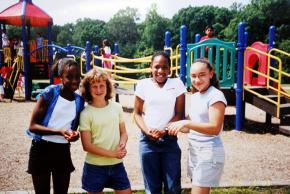 A new playground was the happiest of upgrades for Cardinal Forest students. 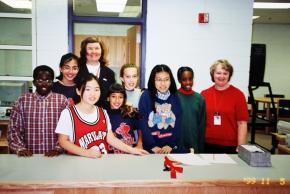 Following completion of the renovation, Cardinal Forest was rededicated on Wednesday, March 14, 2001.

Into the 21st Century

Today, Cardinal Forest students thrive in a culturally diverse population with general education, special education, and English for Speakers of Other Languages (ESOL) programs. The strength of our academic program is coupled with the school-wide behavior initiative called Positive Behavior Interventions and Supports (PBIS) that focuses on positive outcomes of student behavior. Responsive Classroom focuses on building a caring and connected community within the classroom and the school. This blended programming provides a strong foundation for personal citizenship and expectations for developing social skills in preparation for 21st century learning skills and connected to FCPS Portrait of a Graduate.

Differentiated instruction and problem based learning allows students to explore authentic learning opportunities and take ownership of their learning. In addition to classroom instruction, students participate in activities such as Band, Strings, Patrols, SCA Spirit Days, and various after-school clubs.

Unlike the late 20th century when Cardinal Forest students’ use of technology was limited, today our school has a state-of-the-art computer lab outfitted with the most current applications to facilitate learning. SMART Boards enhance teacher instruction and engage interactive student participation in every classroom. Mobile laptop computer labs supplement classroom computer stations, which are used extensively for research, science labs and ESOL classrooms. Cardinal Forest students strive for excellence in academics, in citizenship, and in life. Our motto is: Respectful, Responsible and Ready to Learn each day.

From the very beginning, our school mascot has always been the cardinal. The look of our mascot has changed quite a bit since 1967.

Learn more about cardinals, the state bird of Virginia.